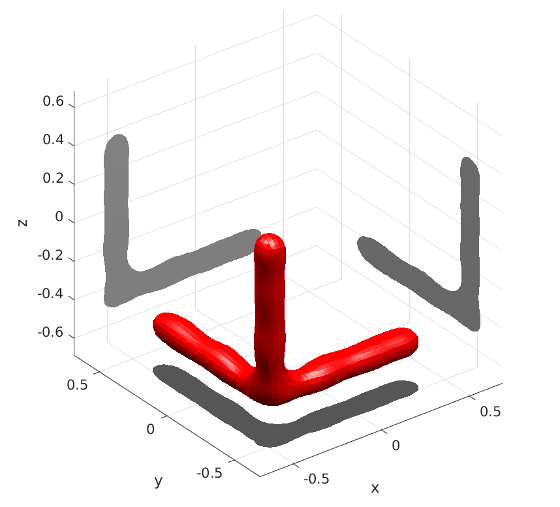 Considering inverse scattering problems in certain areas of application, e.g. material control, one is tempted to assume that the support of the contrast of an object consists only of a few non-zero entries, i.e. it is sparse. Respecting this assumption of sparsity during the reconstruction, one derives regularization techniques, which penalty terms are part of Banach spaces instead of more popular Hilbert spaces.

Although the concept of sparsity has become well-known in image and signal processing during the last decade, it is still less established in scattering theory. One task of this project is to develop regularization techniques for problems in inverse scattering theory and therewith to derive fast and efficient algorithms. As a consequence we hope to make our results more common used in existing cooperations with partners from different academic fields.